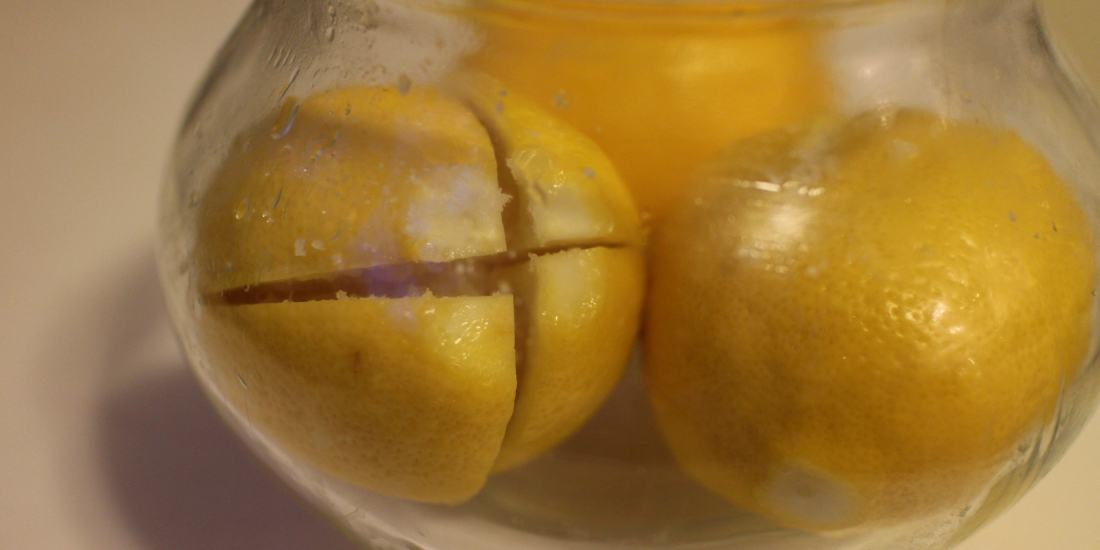 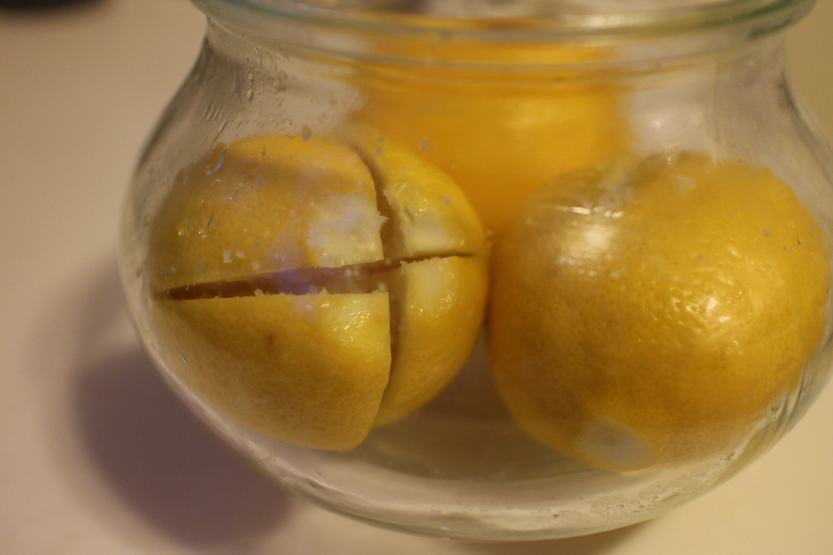 Citrus makes winter brighter. We feast when great lemons, oranges, tangerines and grapefruit are in peak season, along with citrus-like kumquats and their relatives.

Preserved lemons are a pantry staple in our house, and I try to keep them in supply, typically putting up a big jarful twice a year. I always use organic lemons and seek those that are not waxed, since the rind is primarily what you eat (though I use the pulp and syrupy juice as well). If you suspect the fruit is waxed, wash it under warm water, dry thoroughly and set aside for a few hours until bone dry. My normal method is to quarter lemons lengthwise, stuff them in a jar with salt and lemon juice, and let them sit around for a couple of weeks, shaking the jar every so often.

This year, I followed Yotam Ottolenghi’s method (as printed in Jerusalem and other books). He cut deep slits crosswise into the lemons from the stem end, nearly slicing all the way through, and then stuffs each lemon with a tablespoon of Kosher salt or sea salt (don’t use table salt because of the additives). He sets the jar aside for a week to ten days, during which time the juice is exuded. He then adds lemon juice to fill, along with rosemary and a red chili pepper. To keep the lemons from floating, I inserted a small jar that was held down by the lid of the large jar. The jar is set aside for 2-3 weeks until the lemons are soft.  Store in the refrigerator.

I like to pickle organic kumquats when they’re in season, again washing and drying them thoroughly. I look for plump, juicy ones, and preserve them in sugar, salt and lemon juice, adding a few spices such as fennel seed, black pepper, and lightly toasted cumin seed.  After a week or so on the counter, they are stored in the refrigerator. Although they’re great on simply baked white fish or on steamed vegetables such as broccoli, I most often use them in salad, mixing the juice with walnut oil, or butternut or pumpkin seed oil to make dressing, and strewing minced kumquats on top of bitter greens.

Sweet Preserved Kumquats adapted from Tigress in a Pickle

Wash the kumquats well, dry them thoroughly and let them sit to finish drying for at least several hours, if not overnight.

Remove any vestige of the stem, and slice the kumquats vertically but not all of the way through. Remove the largest seeds. Place them in a pint jar.

Gently heat the lemon juice and the sugar over low heat, stirring, just until the sugar is dissolved. Cool.

Select your spices and lightly crush them.

Add the salt, pepper and chosen spice combination to the kumquats in the jar and pour in the cooled liquid. Cover with a tight-fitting lid and give the jar a good shake. (You can skip warming the sugar and lemon juice, but the raw sugar doesn’t always dissolve well.)

Set the jar aside on the counter, shaking daily for a week to ten days, until the kumquats have softened but still have some firmness. Refrigerate.