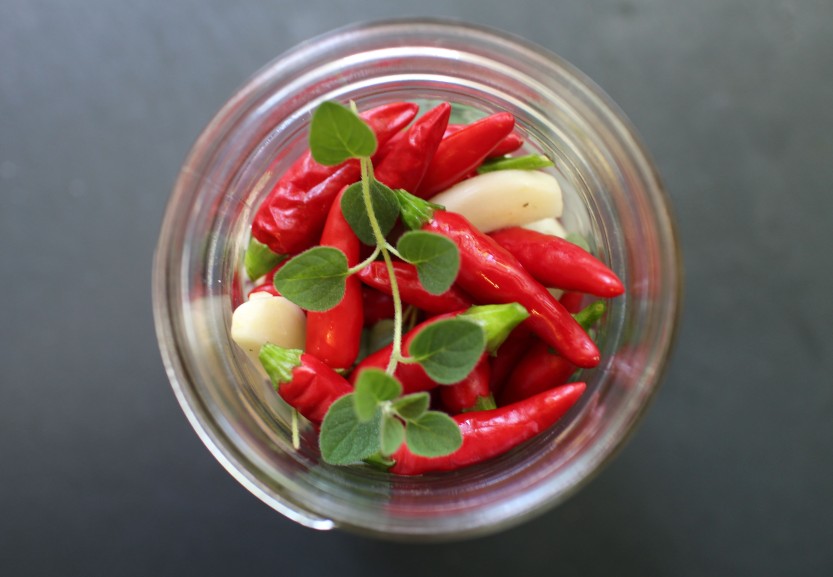 These little pequins are hot hot hot.  They grow abundantly on two small bushes that I am about to bring inside for the winter. It’s a trick I learned a couple of years ago, that peppers grown in pots survive the winter indoors and actually continue to flower and bear fruit.  However, before I cart them indoors, as the sere autumn weather is starting to dry everything out, I decided to harvest a jarful of pequins and pickle them. While my first inclination was to made a standard pickling liquid of equal parts water and vinegar, and add sliced garlic and a sprig of oregano or marjoram, I realized that the heat of these tiny peppers might make them nearly inedible. Remember, the smaller the pepper, the hotter, and these don’t get less deadly when they’re dried.

Instead, I decided to use white wine vinegar straight. The result, after two weeks of steeping the pequins in the liquid is a peppery vinegar that can be used as hot sauce, even without the peppers. What a find! Now I wonder if I can top off the jar with additional vinegar as I use it in the hope that the peppers will continue to produce heat for a while. 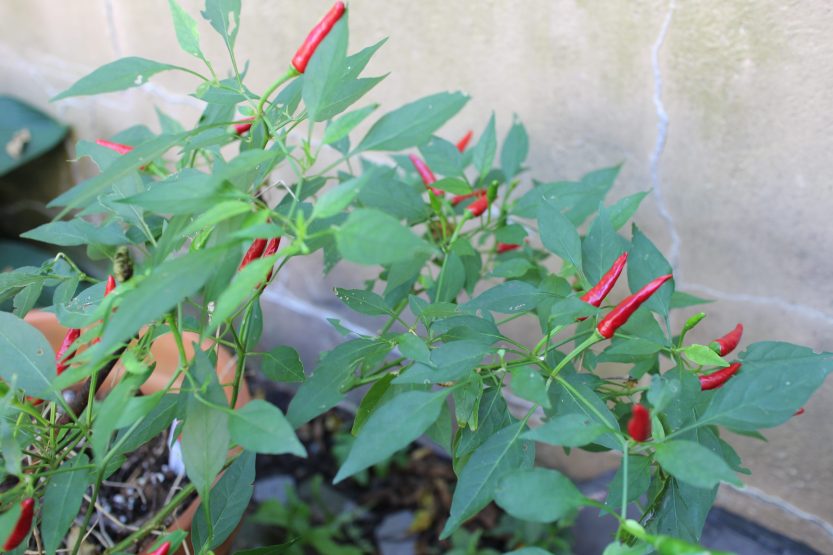 Scald the jar by pouring boiling water into it. Pour out the water and let the jar air-dry.

Make a little vertical slit in each pepper and place them in the clean jar, interspersing the garlic and herbs as you go.

Fill the jar with white wine vinegar. Using a chopstick or similar implement, release any trapped air bubbles. Cap the jar and set aside for about 2 weeks until the vinegar is hot and the peppers are slightly soft. Store in the refrigerator.