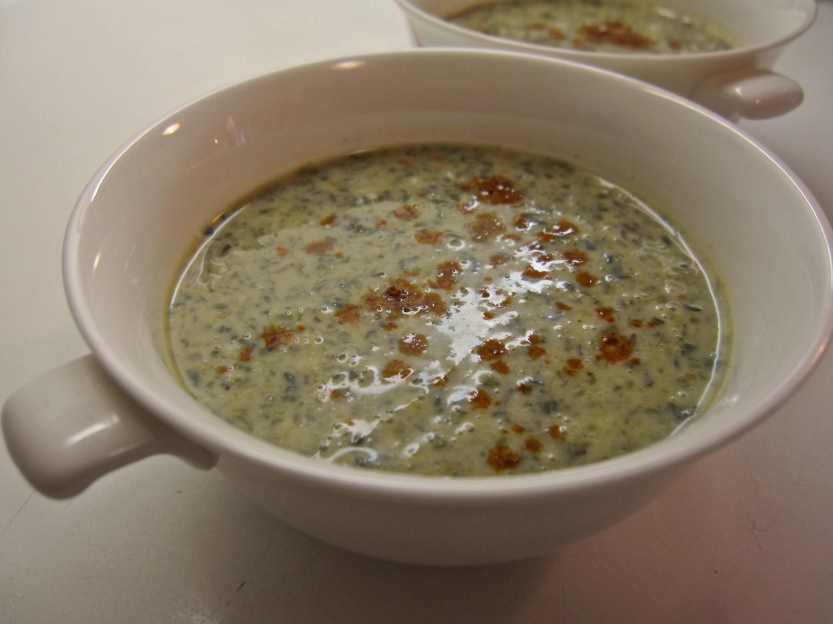 This is a spicy little Indian number. I was researching an Indian okra and yogurt soup that I sampled at the takeout counter at our local organic grocery store a few weeks ago, and I stumbled on this recipe in At Home with Madhur Jaffrey. I will eventually make that soup, but in the meanwhile, this one satisfied the need to use up the abundant green beans and green chard that were crowding my refrigerator. 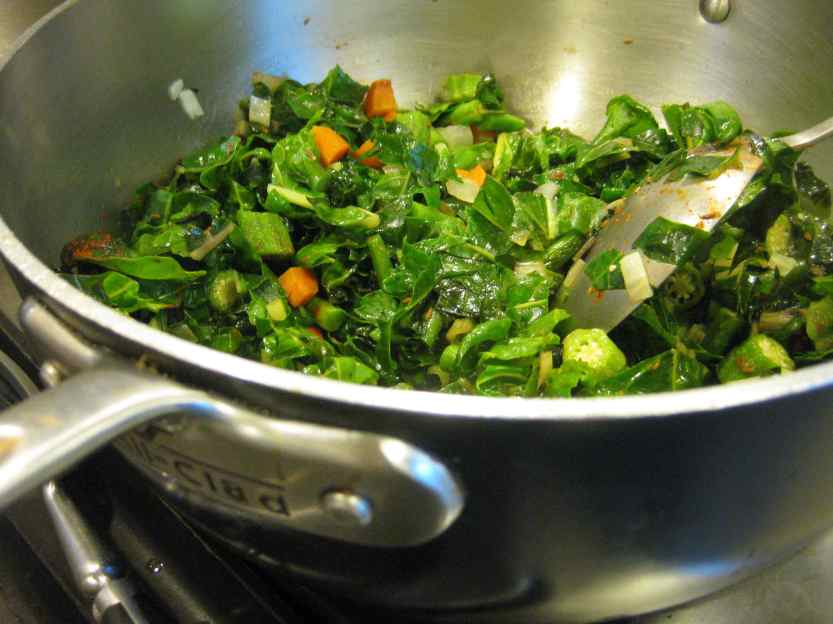 The soup is silky (but not slimy) in texture from the okra and the addition of coconut milk. The gelatinous texture is greatly diminished when the soup is served piping hot. I used about a quarter of the coconut milk Jaffrey called for, and less chicken stock, and the soup was still not very thick. It definitely became more gelatinous after it sat for a couple of days in the refrigerator. I boosted the cayenne pepper since mine was a mild variety and toasted my own cumin seeds, which made a huge difference.

Okra, Green Bean and Chard Soup adapted from At Home with Madhur Jaffrey

½ lb green beans (about 25 or so), trimmed and coarsely cut up

Warm the olive oil in a large saucepan over medium-high heat. Add the onion, carrots, green beans and okra and sauté for 5 minutes. Add the chard, cayenne and cumin and stir to wilt the chard slightly, 2-3 minutes. Add 2¼ cups of the stock and bring to a boil, Lower the heat, cover the pan and let the soup simmer for about 25 minutes.

Puree the soup with an immersion blender or in batches in a food processor. (This can be made ahead to this point, and can be frozen.  The flavor improves the second day, although the texture becomes silkier because of the okra.)

When ready to serve, add the coconut milk, thin with additional chicken stock if desired and adjust the seasonings, adding salt, cayenne pepper and, if desired, additional toasted cumin seed.