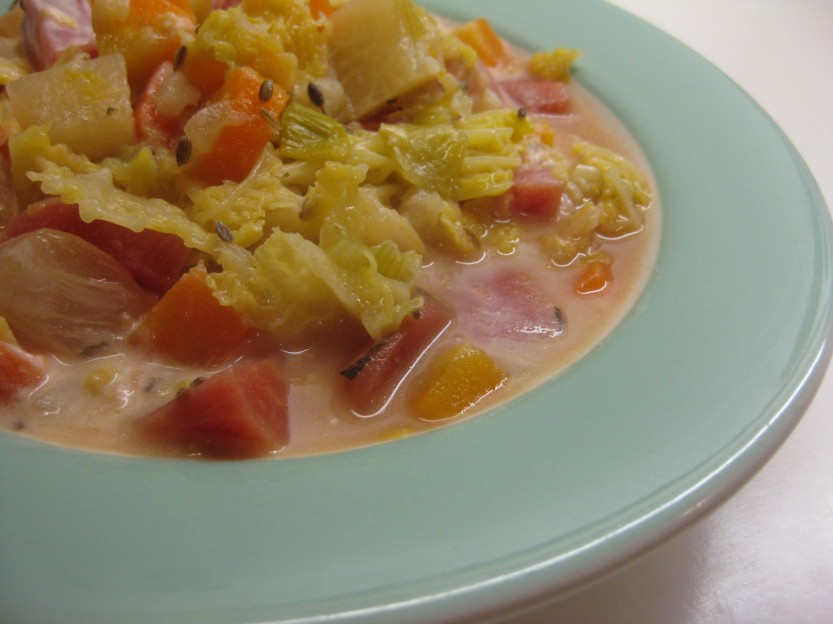 The Spice Rack Challenge this month features dill, in honor of the coming spring season. The challenge in general is supposed to focus on dried ingredients. However, I like dill as an herb only in its fresh form but appreciate its dried seeds as a spice. Seasonings are often lumped together colloquially as “spice,” but actually, herbs and spices come from different parts of a plant and are cooked differently. Herbs represent the green parts: leaves and stems. Spices are from the woodier sections of plants, such as: seeds (cumin), mature flowers (star anise), bark (cinnamon) and roots (ginger). Because they are tender, herbs are typically, though not always, added toward the end of cooking so that their flavor is still present. Spices, whether ground in combinations like curries or whole like cumin seed, are added to the oil- or fat-based sauté of aromatic ingredients such as onions and garlic or thrown in the pot with the liquid early in the game. 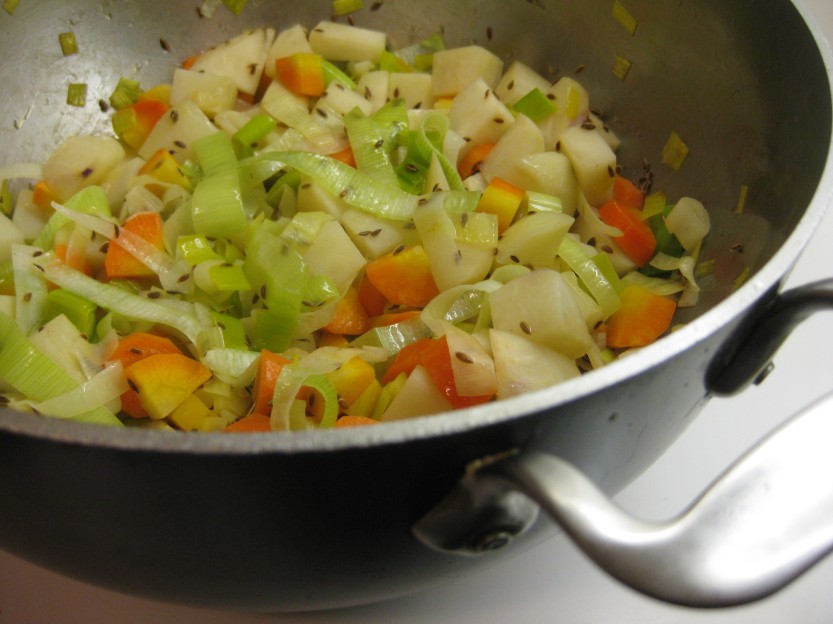 I preserve fresh dill in the freezer ground up as pesto, little logs wrapped in plastic and then paper, squeezed out and chopped off as needed. Dried dill weed does nothing for me, even when I tried it for a garnish for my stew by reconstituting it several ways — in sour cream, water and vinegar. No luck.  As dead as a batch of sweeping compound.  However, I was able to take advantage of last summer’s excellent dill vinegar, another way to preserve herbs.

So, it turned out coincidentally (or not… brilliant thinking on the part of Mother’s kitchen?), this was a perfect, full-revolution weekend for dill seed.  I planted some in my pot garden and used some in a stew of various roots – kohlrabi, potatoes, carrots and Chioggia beets — yet another attempt to thin the refrigerator and cellar before new crops arrive. I sparked up the stew with dill vinegar preserved in the summer. 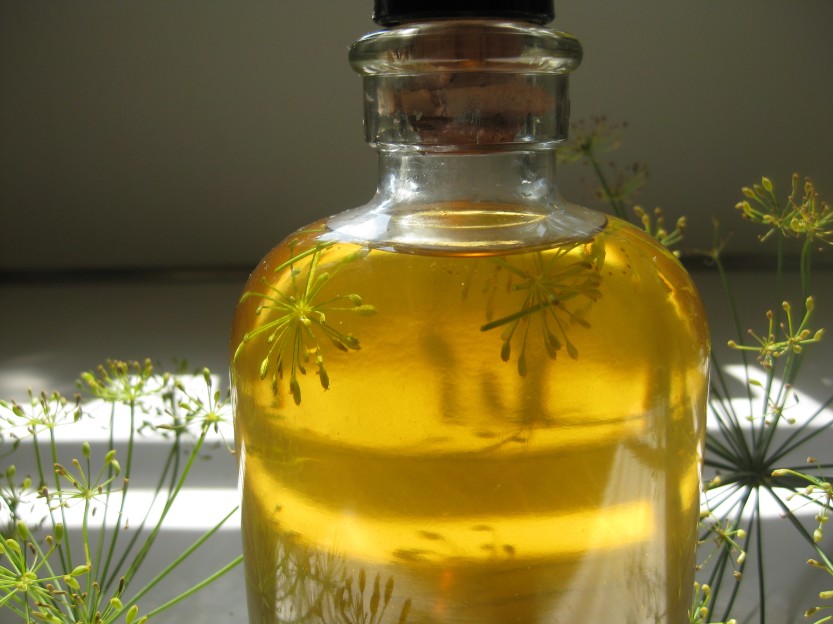 While I typically make some version of this as a soup, I decided to try a stew in order to maximize the spicy effect of dill seed. I added it to the initial sauté, a move I wouldn’t make with its cousin caraway, which tends to become bitter when cooked for a long time. (I add caraway at the end.) The dill seed was a perfect complement to this vaguely Viennese vegetable mix.

1 large or 2 small leeks, cleaned and finely diced (or use 1 small onion)

Optional finish (omit the vinegar above)