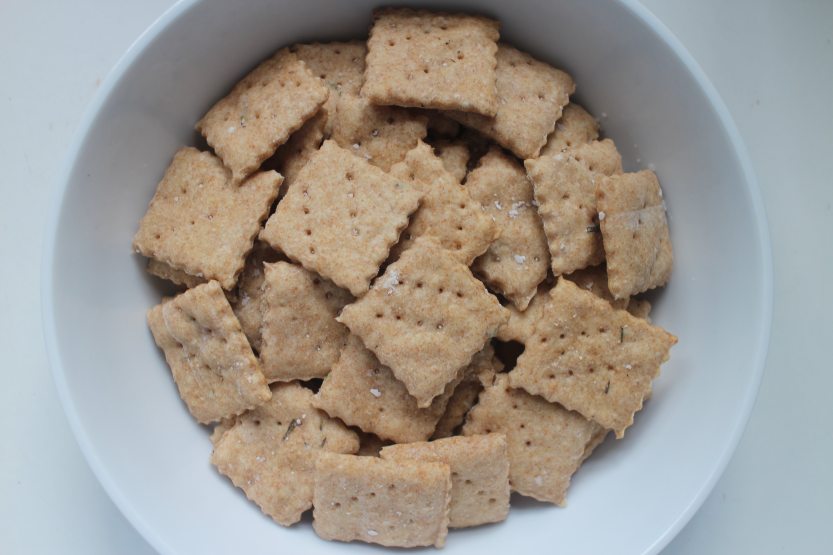 Quarantine cooking has awakened an inner urge to bake our own bread. It could be a matter of necessity, trying to limit outings to the store, not wanting to pay the high price of an artisanal loaf.  But there’s also something soothing, gratifying and completely pleasurable in turning out an aromatic, crusty loaf or two.  A bright spot during the Covid-19 lockdown.

I used to bake bread every week. When I was in graduate school, a friend’s mother gave me a jar of sourdough starter with instructions for weekly feeding and baking, handwritten on a 3×5 card.  I maintained that starter for years, through three or four moves.  As my career launched and I began flying all over the country to meet clients,  I lost interest and my neglected starter did too.  Except for a brief fascination with no-knead bread, bread-baking was relegated to holidays, special occasions or blizzards, maybe an experiment or two. Until now. 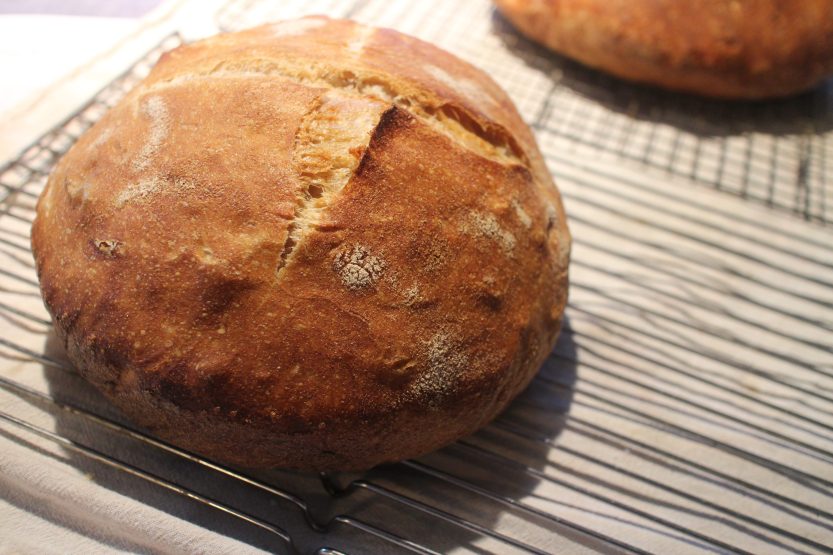 This sourdough adventure started as a matter of guilt.Just before things shut down in March, my son took off to safer ground and left behind his sourdough starter. Not knowing when he’d be back, I panicked that the starter would surely die unless I adopted it. Now, two months later, I’m still turning out two gorgeous loaves a week ofTartine’s Country Bread, a famous method published widely in places such as The New York Times (as well as in the Tartine cookbook, which apparently left the house with my son).

Rescuing the sourdough starter created a new dilemma. What to do with the unused starter that keeps multiplying? Many recipes expect you to discard it but my waste-not-want-not mentality resists. I could make pizza dough but that’s another form of bread.  The folks at King Arthur Flour came to the rescue with a slew of ideas, including sourdough crackers that use unfed, discarded sourdough starter. Brilliant!  Taking trash and turning it to gold always appeals to my frugal self. 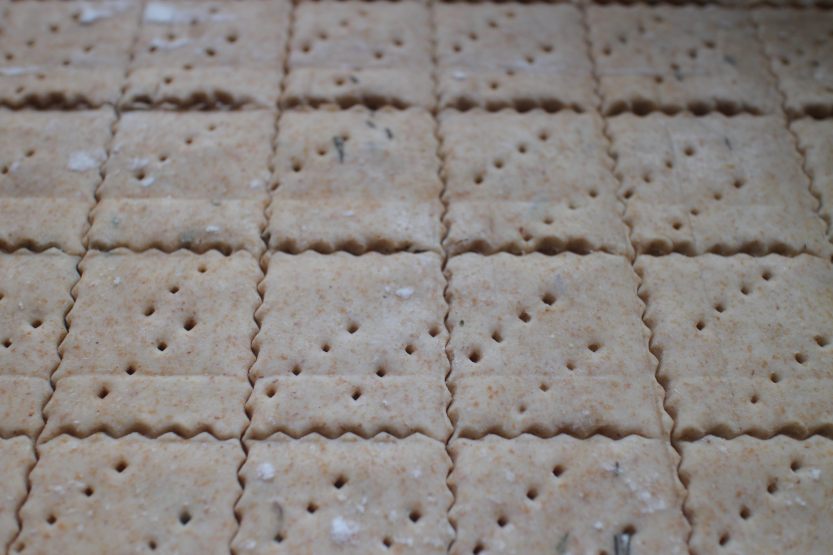 These crackers are super easy. Mix the batter, refrigerate until firm, roll out, score, bake and cool.  They are also versatile. Add dried herbs or red or black pepper or seeds, sprinkle with salt, oil them or not.  King Arthur makes them with butter but I’ve also substituted olive oil.  They store well for a week in an airtight container or they can be frozen.

Optional: 2 tbsp dried herbs such as rosemary and/or thyme, or 1 tbsp red pepper flakes such as Aleppo, or caraway seeds

Coarse salt for sprinkling on top

If the sourdough starter has been refrigerated, bring it to room temperature before starting. Mix it together with flour, salt, butter and optional herbs or spices to make a cohesive but not sticky dough.  Divide in two, shape each half into a rectangular slab,  cover with plastic or beeswax wrap and refrigerate until firm for at least 30 minutes.  You can refrigerate it for longer but you might need to let it sit for a few minutes before rolling out.

Remove the dough from the refrigerator. Lightly flour parchment paper and a rolling pin. Roll each piece of dough onto the parchment paper to about 1/16” thickness.  Using a rolling ravioli cutter, pizza wheel or a knife, score the dough in 1 1/4 inch squares.  (I use a ruler to make them even but don’t press down too hard.) Prick each cracker with the tines of a fork, brush with oil and sprinkle with coarse salt. Repeat with the second piece of dough.

Transfer the parchment with the cracker dough onto baking sheets and bake for 20-25 minutes until the squares are starting to brown. Rotate the baking sheets in the oven (front-back, top-bottom) halfway through to ensure even browning.   When fully browned, remove crackers from the oven and transfer to a cooling rack. Store airtight or freeze.

Makes 60-100 crackers depending on the size.