OK Paris is an ongoing exchange of culinary encounters and yearnings during OK’s half-year relocation from New York to Paris. 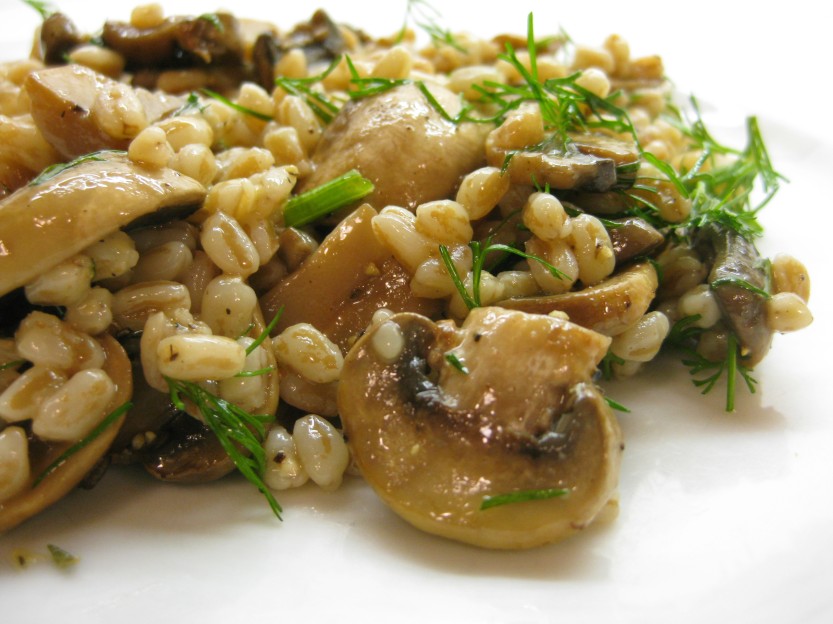 Although OK have friends with an oven and were recently able to make the apple pancake they’ve been craving, most of the time they’re cooking stovetop. Being half vegetarian, meaning one is, one isn’t, they naturally gravitate to pasta with vegetables. But that gets old, despite the unlimited variety (see my last post). I’ve been posting risottos, which can be made without broth, but that may be a little hard to master. So, go grains!

In an effort to diversify the starches in our diet at home, we’ve been eating grains other than rice: bulghur, quinoa, barley, farro to name a few. I personally enjoy hulled barley and farro because of their nuttiness and crunch. They are also high in fiber and nutritious. They do take longer to cook than the others but are worth the wait. I’ve been using them interchangeably.

Here is a simple dish of barley (orge in French) with sautéed mushrooms, shallots and dill. Asparagus would be a great addition. If using hulled barley, add 2 ½-3 times the amount of water as the grain, salt the water and bring it to a boil, lower the heat and cook slowly, covered,  for about 45 minutes. (Same with farro, which I think is farro in French?) Check for doneness  after 30 minutes because is sometimes cooks faster.  If you use pearled barley, which is one step more processed, cooking time will be closer to 20-25 minutes. 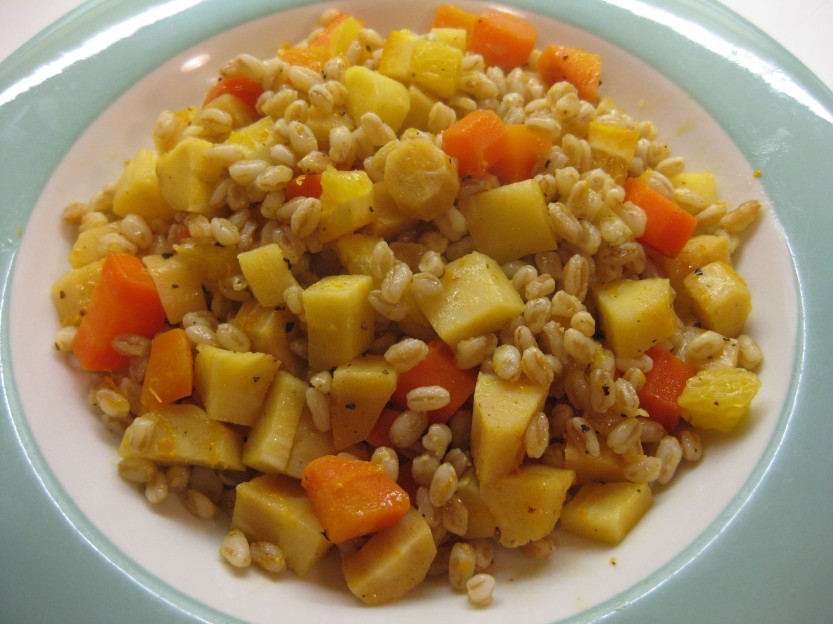 On cold rainy days, which Paris still has in March, I would braise root vegetables like rutabaga and carrot and add them to the grains. Or how about adding greens, and/or or carmelized onions with raisins, a little feta, a few walnuts? The possibilities are nearly endless, so use your imagination and bon appetit!